Valorant overhauls Breeze and Bind, here is what you need to know

Valorant overhauls Breeze and Bind, here is what you need to know: Riot Games has decided to kick 2022 off with a bang with a plethora of changes that will accompany the release of their latest VALORANT Episode, 4. The map changes that have been previewed will significantly affect how their Tactical FPS is played. We, at Gamzo were given access to the Closed Beta of the latest VALORANT Episode. We explored the map changes put out by VALORANT, and to say the least we’re very excited for their release.

Breeze and Bind saw the most significant changes. Breeze was almost revamped and brought back to life with these changes Riot have introduced to it. Bind saw a change to in the run-up of A-short, and also the addition of a bench at A-short.

Both bombsites have been altered significantly, allowing and encouraging very different playstyles to what we’ve been used to. New positions have been added, old positions reinforced. The map feels alot stronger for the defenders now than when it was before. Previously it felt like the map was significantly about who could run out and frag out on the Attacking side better, but with these changes, the map feels alot more balanced and playable. 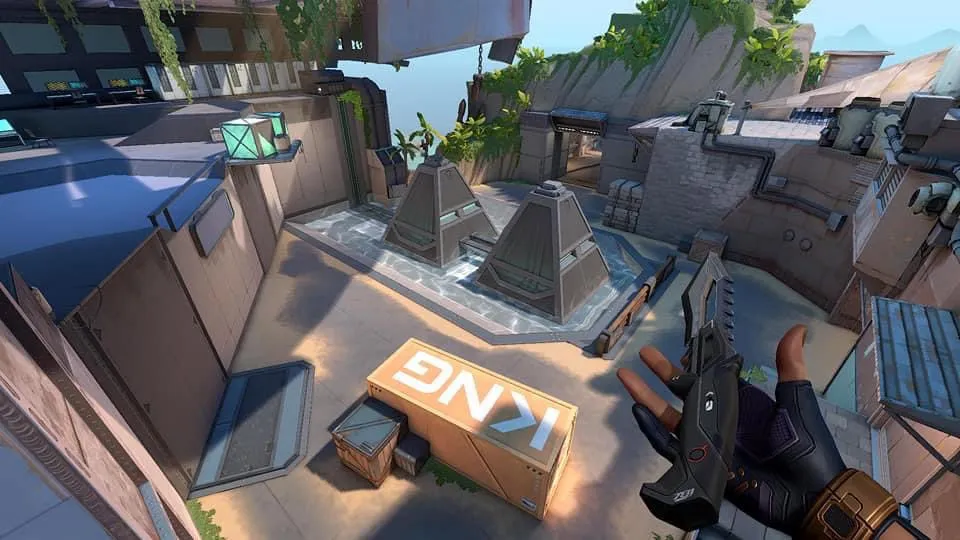 The proportions of A site have been changed, with the water logged area increasing in size, and the pyramids decreasing in size. A Main has been changed up significantly, with the chokepoint been narrowed down. The developers have also added a double-stack box to avoid more cover to the Attackers playing the post plant. 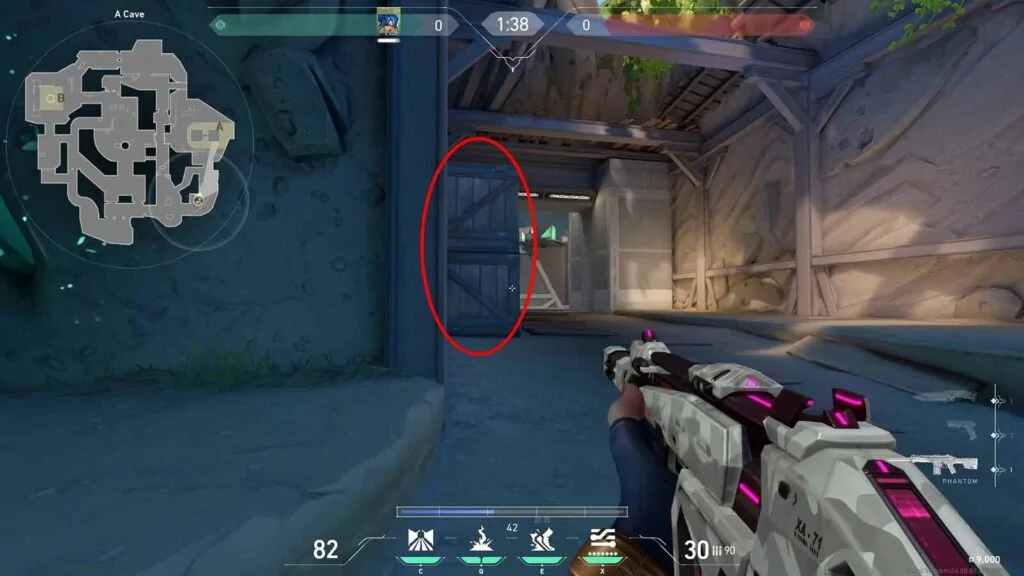 This will definitely make it harder for the Attackers to simply swing out A-main with a Sova drone, or Skye dog as we’ve seen earlier. Teams will have to be more respectful of Defenders holding the angles to A-main and all the utility that can be dumped on to them. 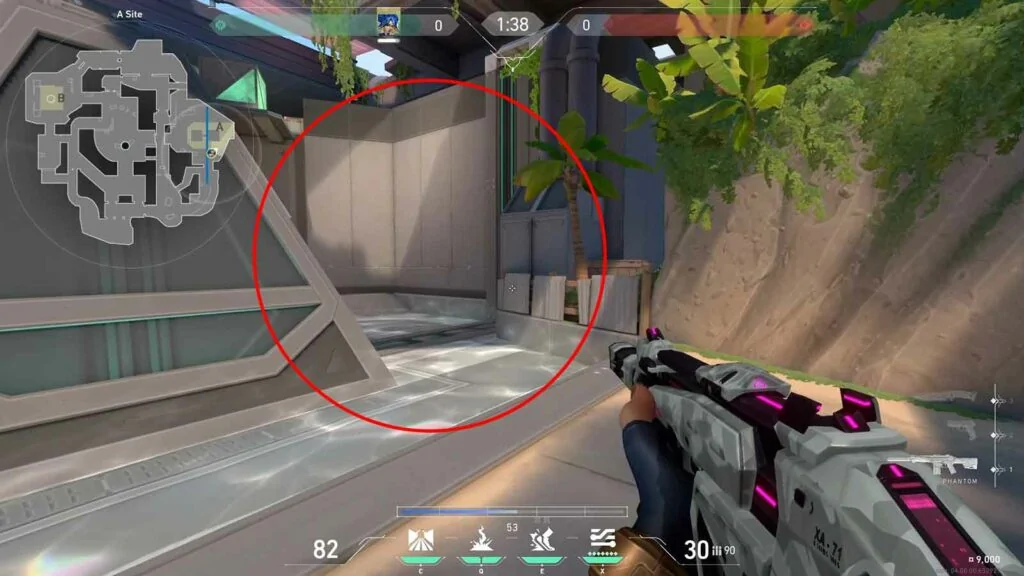 The site corner has been completely redone. What used to be a shallow corner, covered by a wall-bangable box is now a deep corner with a proper metal cover. It seems like an extremely strong one-and-done angle for agents like Chamber, Jett and Reyna to play. It will be quite hard to straight up run up and plant on site now, with less cover being provided for an open plant.

It seems like the importance of Sage will increase only further with the ability to wall plant on A site. The corner can be slowed and comboed with utility like mollies or nades in order to hard clear that before planting. 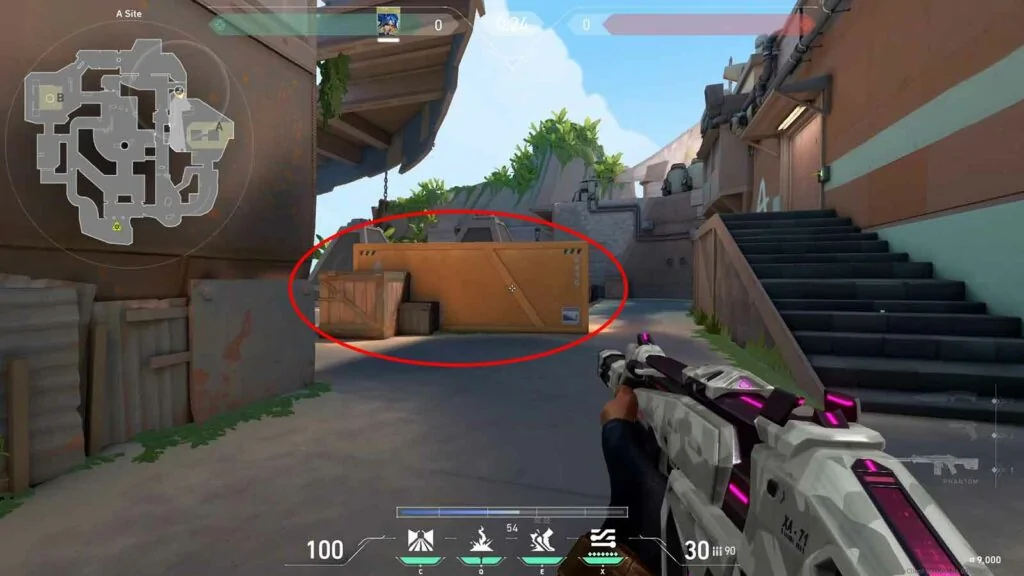 The final change made to the A site was the metal container added to the back-site position. This metal container will provide interesting angles into A-main for the defenders and protect them from stray recon arrows and drone tags comboed with spams through a viper wall. Defenders will be able to sit behind this container and line up interesting utility which should allow us to see more interesting rounds and setups. 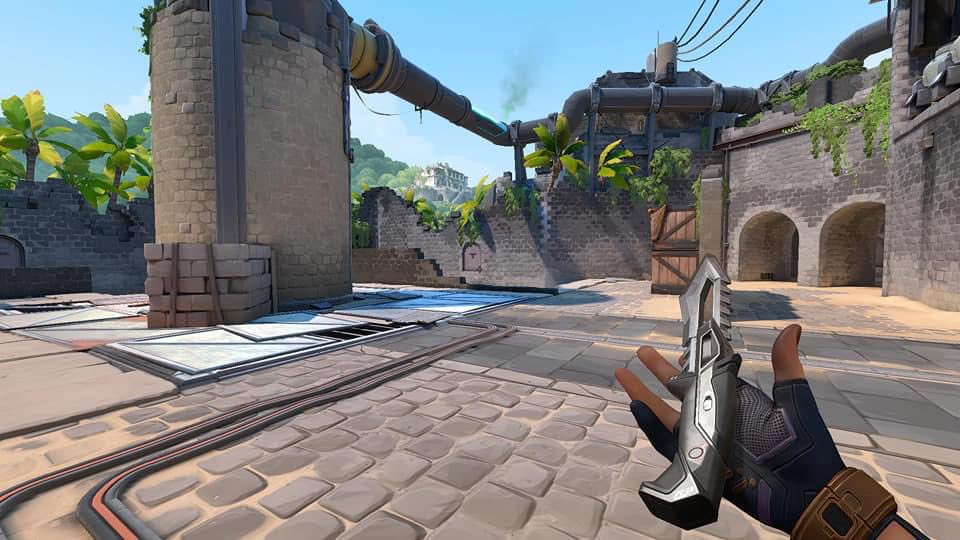 B site also saw significant changes made to it with the addition of a long wall extended behind the player, allowing players to crouch behind it safely and hold the spawn push of the Attackers, if they try to do so. Sitting there will also allow them to hold Back-site pushes safely, allowing them to play retake, or let a player Chamber play there and tp away after getting a pick on the pushing Attackers. 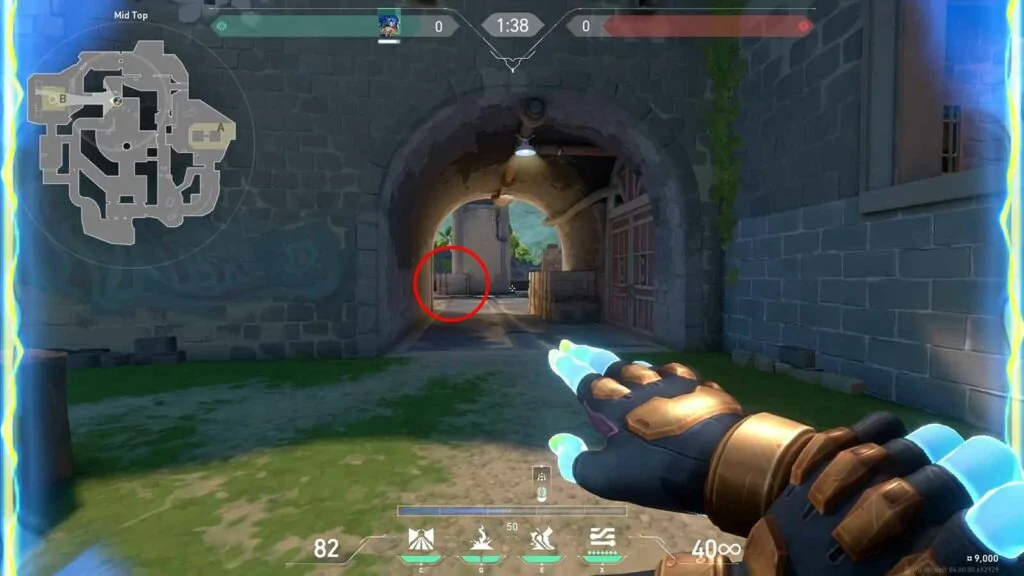 They also have added a brick stack next to the pillar on the B bomsite allowing attackers to plant more freely, but whilst also blocking off the post plant access from mid for the default plant. This box will allow the attackers to be safe after planting and have a tiny bit of space to work with if they cant reposition after the plant. 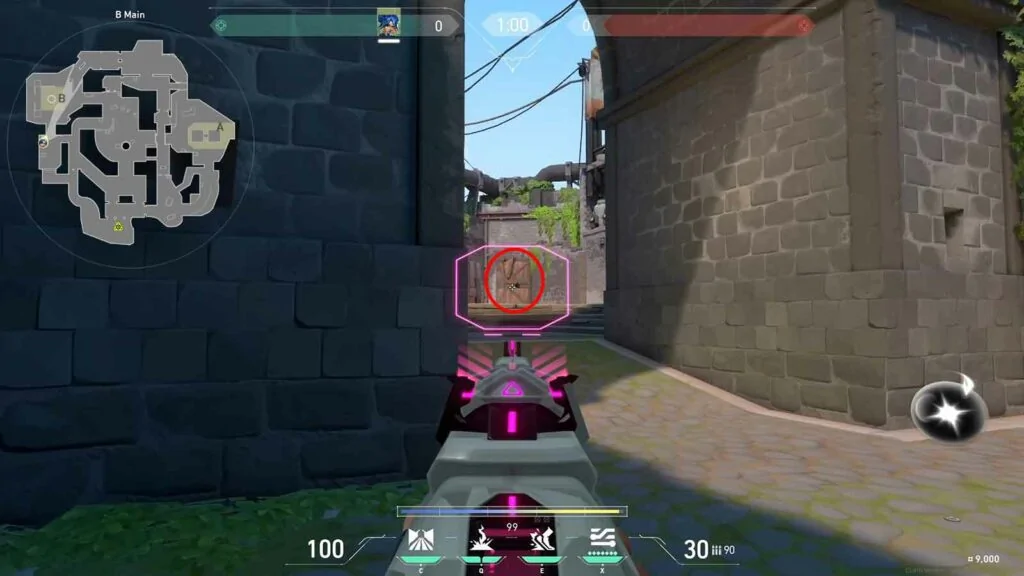 This double stack was also added to the half wall section of the site, though its implication in high level play dont seem too many. It will definitely play an important factor in clutches, as the ability to isolate either a mid tunnel walkout or a CT-spawn walkout is great and will allow players to get picks off in the late rounds.

Bind has been changed slightly, in the A-short area with addition of a new box-like structure to replace the earlier double box that existed there. A bench has also been added deep into A-short which should allow defenders to peek the U-haul / site players with a different vantage point. 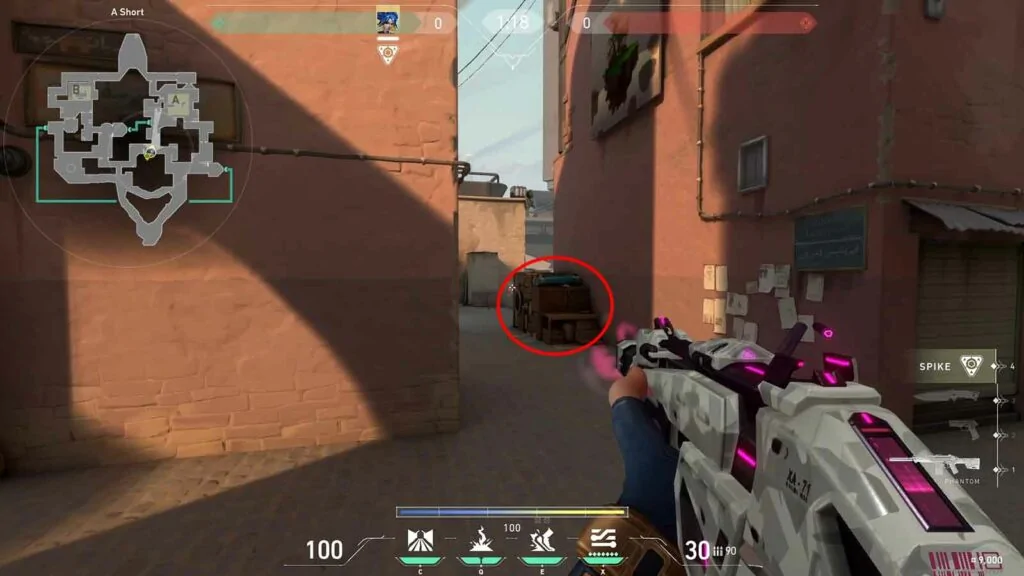 This box can be climbed upon so we should be able to see alot of players using the box to see over the usual A-short smoke into site / U-haul before hitting the site. This change also means that A-short cannot be smoked off with a one way anymore, meaning that the Viper one-way comboed with Astra stars combo will not work anymore. Attackers will have alot more scope to attack the A-site now.

This box-stack also will allow more cover to the Attackers pushing A-site taking away the dangers of being wall-banged at the previous box. 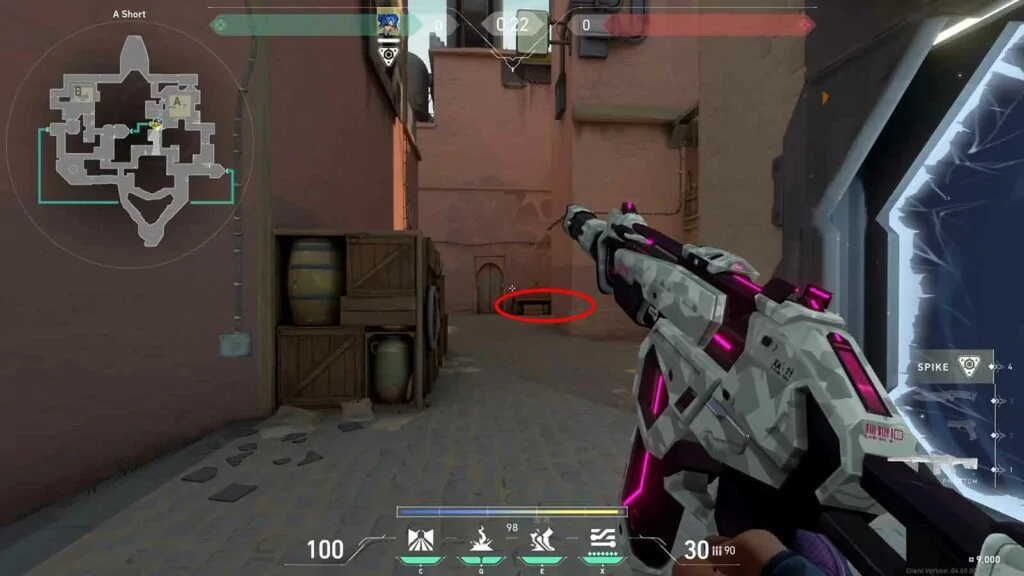 The bench added, will add some diversity in the way A-short to A-site duels work and allow for some counter-play for the awpers that simply hold A-short statically.