The Esports Club Gauntlet - Season 1 - Regular Season which kicked off the 12th of June, Saturday is the league season of the TEC Gauntlet Season 1 featuring a 2,50,000 INR prize pool up for grabs for 16 teams split in groups of two.

The Gauntlet Series is brough to you by The Esports Club and is sponsored by AMD & WD Black.

Day 4 began with big-names Force One taking on Team Simple, which were the heavy underdogs. However to the surprise of many, Team Simple did show up and put up a strong fight taking the Ascent over Force One 13-9. However their failure to take Bind, and Haven 13-9 and 13-7 resulted in them losing the series.

The big showing came from RvK who time and again puts out big performances on his trust Killjoy, Cypher and Sova. He topped the leaderboard with a 1.48 KD, confirming 8 first bloods whilst giving away only 3. Simple on the other hand showed a strong fight, but the sheer composure of a group like Force One carried them through the game. 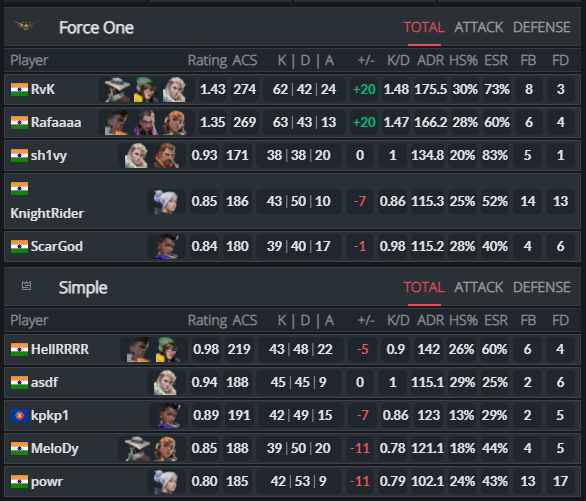 Next game up were favourites Godlike Esports taking on another relatively less known team in Team Valor. Team Valor took the fight to GL on both maps, putting up a strong 13-9 finish on Bind and Ascent. 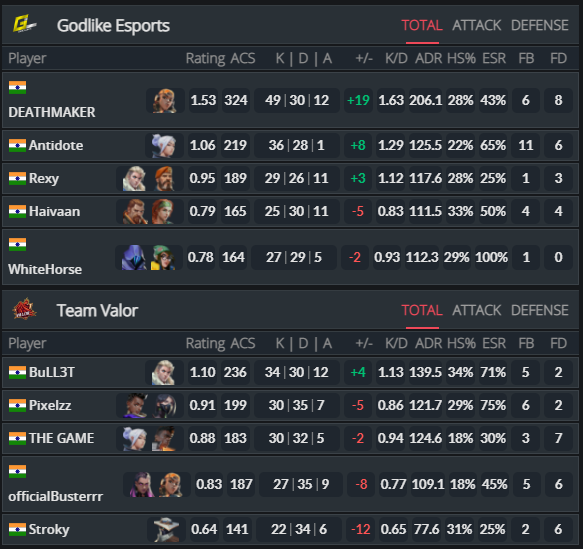 Deathmaker was the standout showing for Godlike popping off, with a 1.63 KD +19 Kill Differencial over two maps. Antidote didn't have the best showing of his life but things are looking upwards for Godlike with results like these.

Team Valor put a good fight but BuLL3T was the only player who went positive, on his omnipresent Sova. Team Valor didnt seem to have troubles finding entries and such, but ofcourse, had trouble closing out rounds, which most inexperienced teams face. They put a valiant effort and its a sign for the future.

What to look out for on Day 5:

Day 5 will show us very well-needed underdog games in Team FANGS v/s ROG Academy, where we can see both teams have come up only recently and Enigma Gaming taking on True Rippers which contains some of the old blood of the South Asian scene.

The games will be streamed live here. Tune in at 11 AM IST for action packed VALORANT goodness!